When did I start falling in love with Korean culture?
It started with Korean drama during my high school time. I still remember the first Korean drama that I watched was Full House (Casting: Rain & Song Hye-kyo), I was so in love the the drama OST "I think I love you" and even downloaded it as my phone ringtone.
Then I wanted to try the food that I saw in many Korean dramas (Koreans love to show their food culture in movies/dramas!), I went to a Korean BBQ restaurant and I can't stop asking for more Kimchi!
From day to day, I love Korean culture more and more and that includes K-Pop. Nobody can resist K-Pop right? I mean, although not every Malaysian understand Korean language, we have Korean music playing everywhere, even on the mainstream radio & TV channels.

So, why am I writing this?
I am so very excited when typing this post, to share the good news of many K-Pop idols are coming to Malaysia in January 2013 for The 27th Golden Disk Award!!!

AHHHHHHHHHHHHHH! I am literary shouting when I got to know this few weeks ago.
*Now you know I am serious when I say I love K-Pop!*

So, what is this Samsung Galaxy 27th Golden Disk Award about?
The Samsung Galaxy 27th Golden Disk Awards (GDA) is the most prestigious Korean Pop Awards in South Korea, it's like the Korean Grammy Award! The most popular K-Pop music artists are selected and coming to celebrate the biggest K-Pop event in Malaysia! If you’re a self-proclaimed K-Pop fanatic, then you should not miss this chance to say “An nyeong” to your idols!

GDA will be a two days event from 15 to 16 January, 7.30pm-10.30pm, at Sepang International Circuit.
Tickets are already on sale and I heard it's selling fast! There are two categories of tickets for sale online (TicketPro), Samsung GALAXY Zone (each for RM999) and Rock Pit Zone (each for RM688), and each tickets are for two days access! (Just found that there is also another cheaper option, Hallyu Zone, which is further away from stage, RM199 per ticket.)
You can also get 20% discount for Rock Pit Zone tickets if you are a Samsung user or DiGi subscriber! Now I feel awesome as an DiGi user!! =p 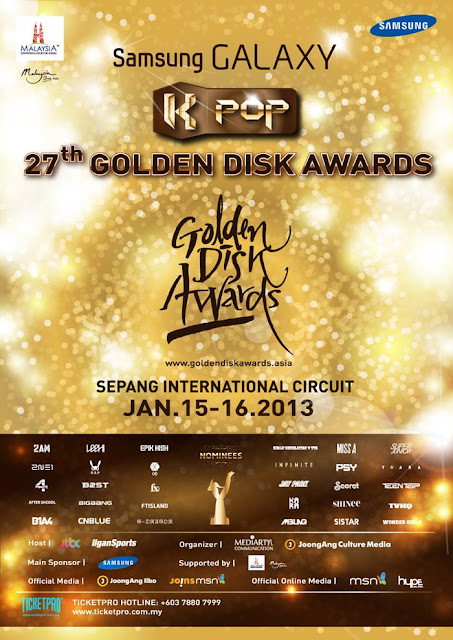 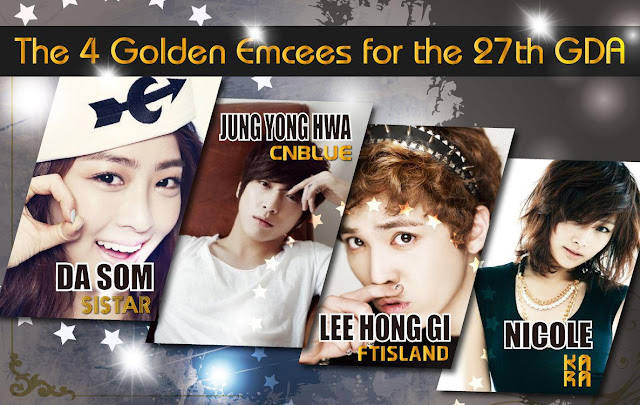 *Photo credited to GDA 2013 Page*
I think K-Pop fanatics should know who are these people, and they are going to be this year GDA's emcees in Malaysia. I can't wait to see YongHwa on stage!! <3 p="p"> 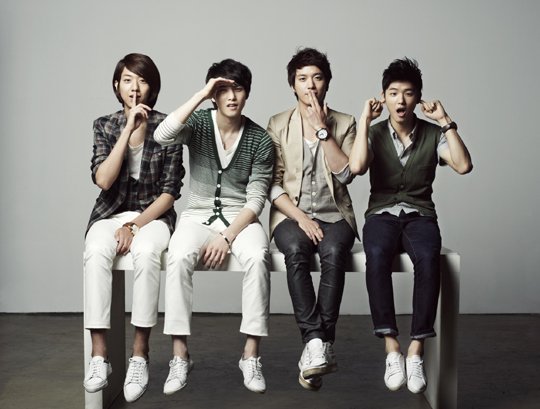 *Photo from Google*
CN Blue is one of my favorite K-Pop band and this will be their first time coming to Malaysia!
And the leader of this band, YongHwa is even going to be one of the four emcees for the award!
*I think you heard me screaming again.*

*Video from CNBlue official Youtube channel*
This song is the first song I heard from them and after this I just can't help following their music and news.
I also watch "We Got Married" TV show where YongHwa and SeoHyun (from SNSD) were acting as a pair of lovely couples. (They are super cute together!) 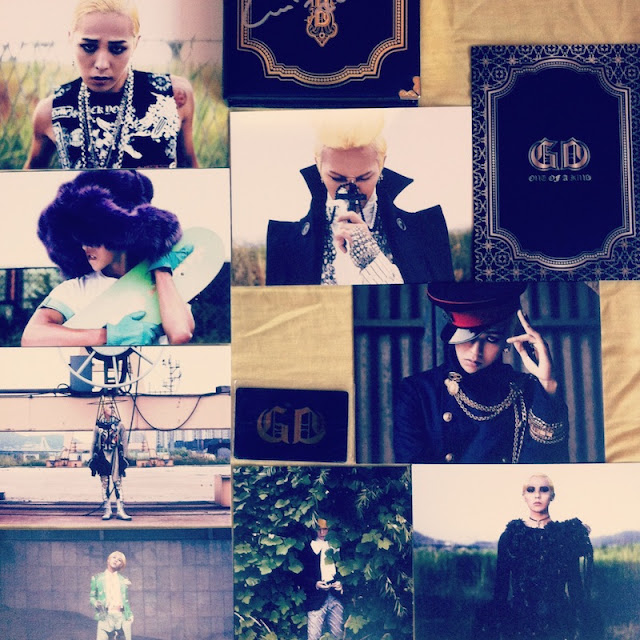 One confirmed attendee that I need not to mention is G Dragon!!
I am kinda upset that Big Bang didn't come in one group, but at least G Dragon will be here~
G Dragon does the best music!! He compose his own songs, write his own lyrics, and has fantastic charisma and stage performance! 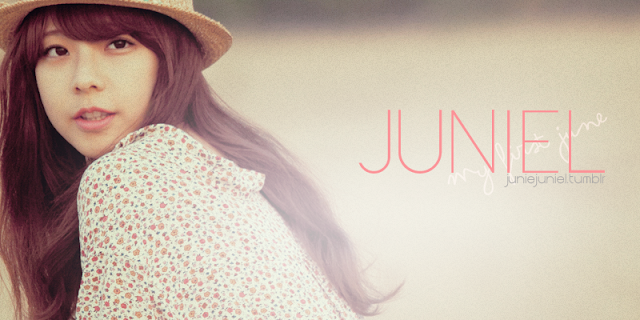 *Photo from Juniel's Thumblr profile*
Another Korean singer that I love who is also coming to Malaysia this January is Juniel!


*Video from Juniel Official Youtube Channel*
I know her because of YongHwa too! YongHwa is singing together with her in this song "My First June", which is a very very lovely love song!

Other than the above singers & groups, following K-Pop idols are also in the confirmed attendees list:
Infinite, K.Will, Secret, Sistar, B.A.P, B1A4, BEAST, F(X), Teen Top, Shinee, FT Island, T-Ara, Super Junior, Epik High, Lee Hayi, Ailee, Kara, Exo-K, Hyuna.
I believe that K-Pop fanatics will recognise many names in above right?! I hope you are excited as I do!
I heard that PSY might be coming too, but it's a to be confirmed news. 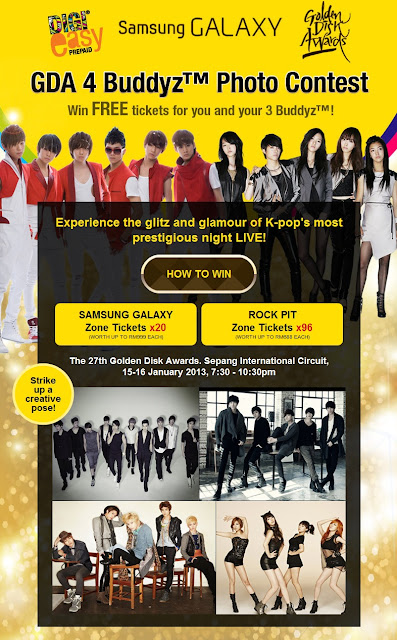 The ticket to GDA sounds expensive but I say it is actually worth it because you get to attend both days of GDA and it will be like a multi-group/singer concert. But still, RM688 or RM999 is not an easy money that we can simply take out from our wallet. So, what's the solution?
Join the GDA 4 Buddyz Photo Contest! Brought to you by DiGi Easy Prepaid, one of the cool co-sponsor which is bringing all these K-Pop idols to us in Malaysia!

The contest is very simple, you just need to find another 3 friends who is also K-Pop fans like yourself, snap a creative photo like you K-Pop idols, submit the photo through Instagram / Twitter / Email, and you stand a chance to win access to the two days event!
5 of the contestants will win 4X Samsung Galaxy Zone tickets and 24 of the contestants will win 4X Rock Pit Zone tickets!
Log-on to the contest page for more information:
http://www.facebook.com/DiGiYouths?sk=app_505518576137484&app_data
You still have time to do this! Submit your K-Pop buddyz photo by 6 January 2013 to win!